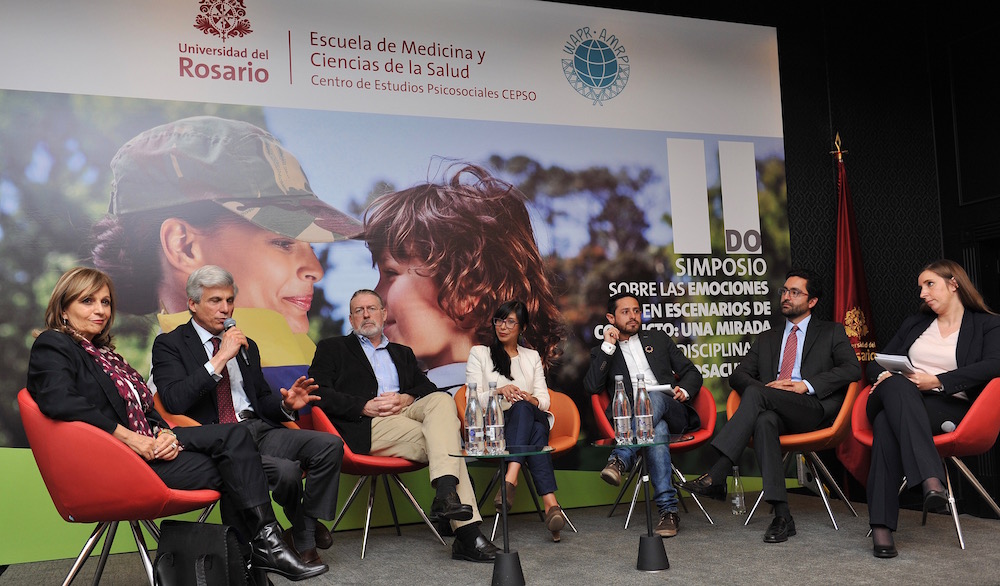 WAPR co-organised with Rosario University (Bogota Colombia) the conference “The role of emotions in the post conflict scenario”, under the leadership of Alberto Ferguson (WAPR VP) and Miguel Gutierrez (WAPR National Secretary for Colombia) and the presence of Ricardo Guinea (WAPR President).

This event took place in a very intense moment in the country, in coincidence of the signature of the Peace Agreement between the Government and FARC, the guerrilla movement, the plebiscite that did not endorse the agreement, and the Peace Nobel Price, received by Santos, the president of Colombia.

Colombia is a country highly struck by trauma due to the conflict, with huge amount of physically or psychically traumatized by the war, huge amount of population displaced by the conflict n important social challenges to create and help the all the psycho-socially affected.

The conference was complement by two meetings; first one a presentation of WAPR for students and professionals in Rosario University, and second, a brainstorming meeting with WAPR Branch to consider next actions.